« Call me old-fashioned, bjt without twists I don’t consider crime short stories worthy of the name, and regret that that seems no longer to be the rule. » 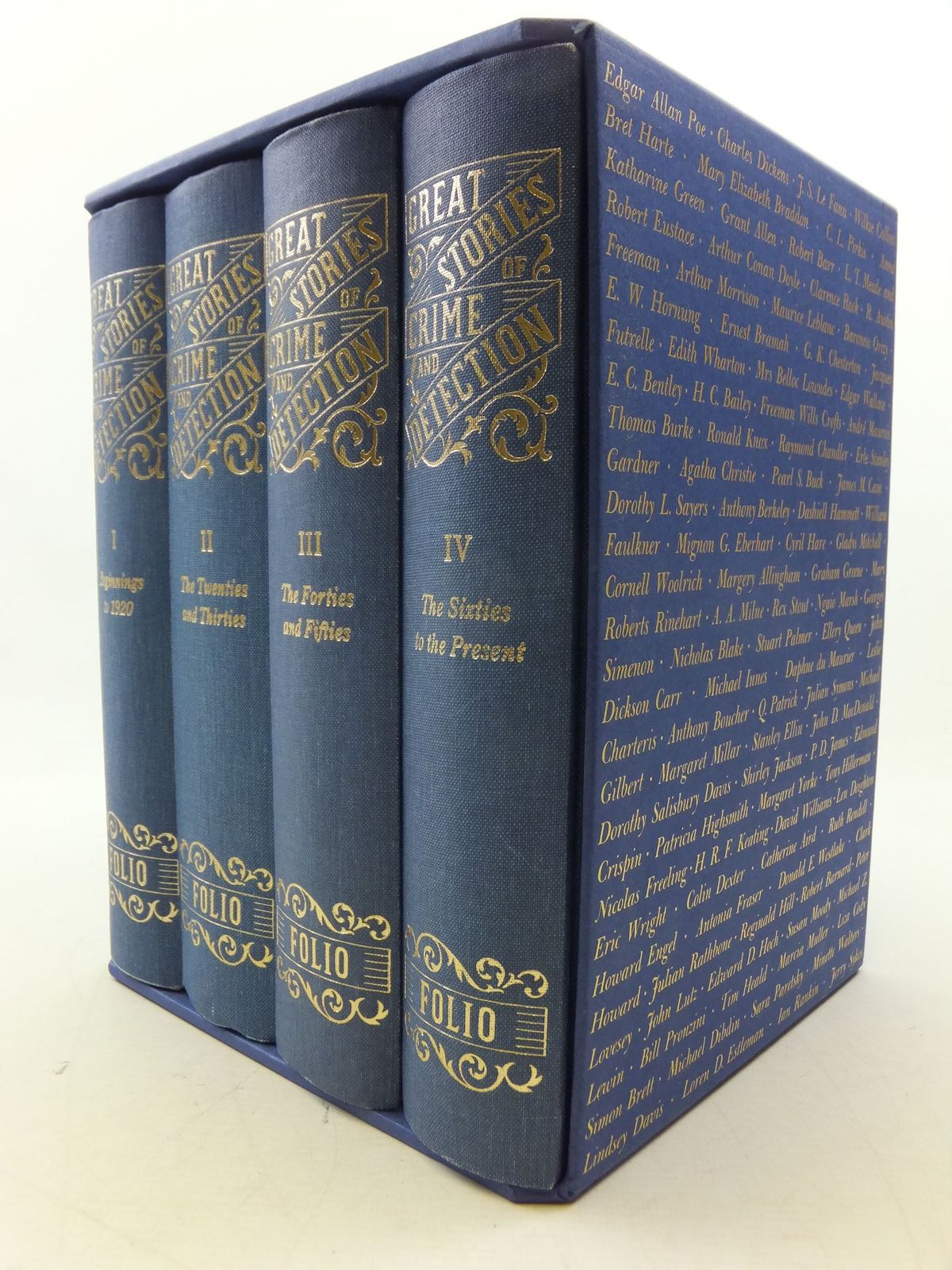 Thus spoke the late British crime writer David Williams, as quoted by Tim Heald in his introduction to the final volume of the Folio Club’s Great Stories of Crime and Detection. Heald contrasts this with Liza Cody‘s following statement about the story of hers that she selected for inclusion in the collection:

« It wasn’t a whodunit or even a whydunnit and there isn’t any suspense because you already know what happened. But it was horribly ambitious because it attempted to take you into the mind of an ignorant, prejudiced kid as she comes to some intuition about the real victim became a victim. »

Heald then goes on to say that both approaches are valid and takes them as evidence that the genre is more varied and ambitious than it was back in the Golden Age (Heald must have read and enjoyed Julian Symons’s Bloody Murder) I for one would say that there is a fundamental difference between Williams and Cody’s takes on their craft that Heald fails to see: Williams aims to write crime short fiction whereas Cody writes short fiction that happens to be (peripherically) about a crime. And Williams is right that his views while formerly mainstream are no longer predominant – it was already true back in 2002 and is a truism now as the perusing of any edition of Otto Penzler’s Best American Mystery Stories series will show.

Part of my upbringing as a mystery reader was done by reading Alfred Hitchcock anthologies; they were replete with the kind of stories David Williams cherished, and I loved them. Even when I guessed how it would end, I was admirative of the writers’s ability to constantly renew their plots, characters and settings and pack the whole thing into less than thirty pages. Being an aspiring writer at the time who struggled with length, I was happy to see there was nothing wrong with keeping things short. People like Jack Ritchie, Henry Slesar, Arthur Porges, Edward D. Hoch, C.B. Gilford, Robert Arthur became demi-gods to me and I still read or re-read their work with untarnished pleasure.

None of their stories would make it into a modern anthology, however – and interestingly only Ritchie and Hoch won awards. They were too plot-driven and not « ambitious » enough at a time when a good crime story must read more like Raymond Carver than Stanley Ellin.  Most recent Edgar winners in the Short Story category I don’t recognize at crime fiction – at least, my kind of it – at all (and some are openly not, such as John Connolly’s otherwise fine The Caxton Private Lending Library & Book Depository or Stephen King’s Obits which are fantasy rather than mystery)

I remember my amazement when reading Otto Penzler boasting in his preface to one of his anthologies that very few or none at all involved a detective or a puzzle, one of them dispensing with a crime altogether. I didn’t buy the book and left the bookstore wondering what had happened to crime fiction. I should have asked David Williams; he knew.