Does this world really need another article of mine about The Master? Whatever your answer to this question you’ll have to deal with a new rambling post about the crime writer that matters most to me and, if this blog’s stats are to be trusted, many of you dear readers as well. In the remarkable (impossible?) event that you are not a member of the Carr cult you are allowed to skip what follows. No one is judging or begrudging you for that. 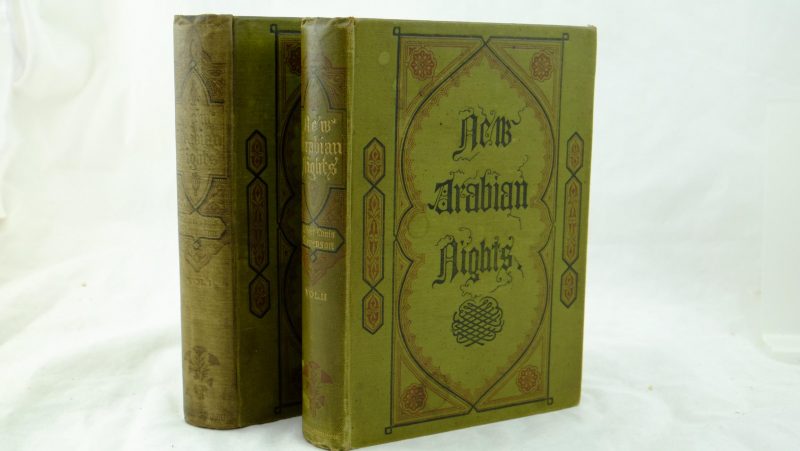 Perhaps I have become tired with the more or less exclusive mystery diet that has been mine for the better half of my life but I have been straying away from crime fiction lately so far that for the first time in a long time my best read of the year so far is not of the criminal sort. It is thus not surprising that I have decided to renew/further acquaintance with some non-mystery writers I had neglected for too long. One of them is Robert Louis Stevenson whom I knew mostly for his novels and his critical essays but had yet to meet on his favourite playground, the short story. I thus dug The New Arabian Nights out of the awful mess that my library is and proceed to read the two cycles involving Prince Florizel. It was late in the evening when I closed the book but I had not lost my time, first because it was great fun and second because it had given me lots of food for thought.

What does it have to do with JDC, you’ll ask. Don’t worry, I’m getting at it (though you should have guessed already if you are a real Carr fan)

Everyone who has read Douglas G. Greene’s amazing, superb, exhaustive and compulsively readable biography of The Master knows that Stevenson was a favourite of young John D. Carr and a strong influence on his early writing, but it took me actually reading RLS to realize how deep and lasting this influence was. The Rajah’s Diamond in particular was kind of a Damascus Road for me. This is not a detective story despite Wikipedia’s classification and there is nothing in it even remotely close to an impossible crime – it just tells of the adventures and misadventures of the titular gem and the people who own or try to own it – and yet it is definitely, eerily carrian in tone and even outlook. The young and naive male protagonists are straight out of Carr’s playbook, and the writing style closely resembles that of early JDC. The atmosphere, though lighter and less gothic, is also the same that Carr imbued in his 30s work. Even the love stories look familiar. If you think the resemblance ends there, you might want to read Stevenson’s critical work too. I don’t know whether Carr did but I guess he would have liked this from A Humble Remonstrance:

« The novel, which is a work of art, exists, not by its resemblances to life, which are forced and material, as a shoe must still consist of leather, but by its immeasurable difference from life, which is designed and significant, and is both the method and the meaning of the work. »

All this is not to say that Carr was a mere Stevenson copycat – there were as many differences as similarities between the two, and most crucially Stevenson loathed the clockwork-like plotting of detective fiction which Carr on the other hand enjoyed and in his prime mastered like very few before and after him. Carr was very much his own man but you’re missing a lot about who he was and what he wrote if you ignore Stevenson’s influence; I might even add if I was in a blasphemous mood that Carr’s decline began when he was finally able to get rid of it.

It is thus puzzling and frustrating that the connection elicited such little interest and comment from Carr fans and scholars . Only Doug Greene and to a lesser and less perceptive degree S.T. Joshi thought it important enough to discuss, probably because they were as interested in Carr-the-writer and not just Carr-the-plotter. The latter tends to get all the praise and attention, which may be why there are no « Carr studies » the way there are « Christie studies » or « Sayers studies ». No one seems to care why and how Carr came to write the kind of fiction he wrote; most/all of the fans’ concern is with how good he was at killing people in locked rooms, a reductive view especially considering that his adherence to the impossible crime formula may have hurt rather than enhanced his writing. In other words Carr is not taken seriously, and this might be one of the reasons why public consciousness keeps eluding him. Praising his admittedly colossal plotting abilities is fine and dandy, but will only work with readers that put the puzzle first and they’re fewer and fewer with each passing year. The resurgence and apparent domination of He Who Whispers over The Hollow Man show that even Carr fans now look for something beyond a masterful puzzle plot. The only way to ensure a Carr comeback in that context is to show people that there is more to him than the locked rooms. Carr may not have been a « great » writer – whatever this means – but he certainly was a good one and it must be stressed again and again.

We have to stop defending and promoting him on purely mystery grounds as this approach has never worked and never will; we must instead make a literary case for reading John Dickson Carr and that requires less adulation and more scholarship. We all want to know how JDC deviced this murder with no footprints in the sand, but what is really important is what led him to write about that in the first place.

16 commentaires sur “Getting Serious About JDC”